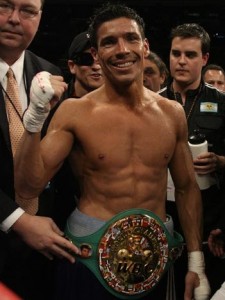 Zbik is the last of the WBC’s interim champions, but the organization has adopted the Silver Title, which carries the same weight and importance as the interim title. The WBC also boasts international titles in each division as well as five Emeritus Champions (Bernard Hopkins, Mikkel Kessler, Floyd Mayweather, Vic Darchinyan, and Edgar Sosa.)