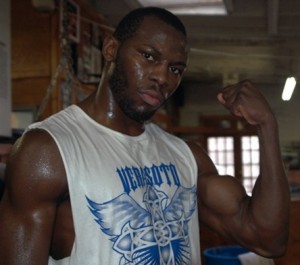 Cunningham, who is enjoying his second reign as IBF champ, is coming off a TKO 5 win over Troy Ross for the vacant title in June. In that bout, Ross was cut badly on the lower left eyelid, causing the bout to be waved off in the fifth. Replays revealed, though, that it was a thumb and not a clean punch that caused the cut.

His opponent, Licina, is a Serbian living in Germany who is coming off a unanimous decision win over Felix Cora Jr. in a November IBF title eliminator. In his other noteworthy contest, he was beaten via unanimous decision by Yoan Pablo Hernandez in 2009.

Bouadla has seldom strayed from the regional, French club circuit. His most noteworthy bouts have been a RTD 6 win over Morrade Hakkar in 2009 and UD 8 loss to Gennady Golovkin in 2007.