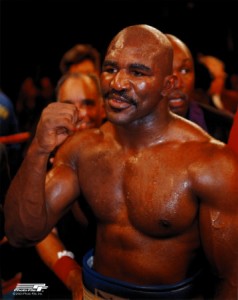 Holyfield last fought in April of this year, stopping Frans Botha in eight rounds. He is also scheduled to fight Denmark’s Brian Nielsen in March. The ultimate goal of the increased activity, according to ARK Promotions president, Rick Lazes, is a shot at David Haye’s WBA heavyweight title.