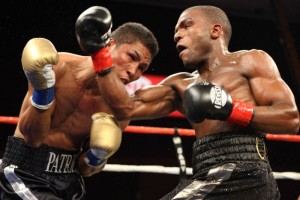 A good matchup between two jr. welterweight prospects has been booked for the January 29th Tim Bradley-Devon Alexander card at the Pontiac Silverdome in Detroit, Michigan.

This will be a huge step up for Paris, whose most noteworthy opponents to date have been veteran journeymen, John Brown and Courtney Burton.