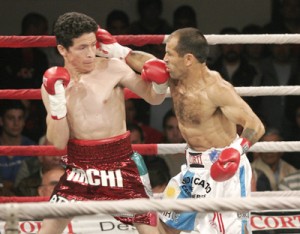 In one of the lesser-covered scoring controversies of last year, Ulises Solis ended up with a draw against defending IBF jr. flyweight champ, Luis Lazarte, in Lazarte’s native Argentina despite what clearly seemed to be a comfortable win for the former champ, Solis.

The foul-filled encounter ended with two of the judges scoring the fight 113-113 while the third had a mark of 117-109 in favor of Solis.

The IBF has now issued an order for Lazarte to give Solis an immediate rematch. Under the commission order, both sides have to reach a deal within 30 days and, if not, the bout will go up to purse bid. Once the deal is set, Lazarte has 90 days to grant the rematch or be stripped of his 108 lb. belt.

Provided below is a video of the complete fight: