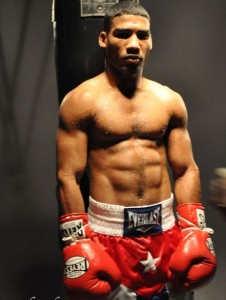 Gamboa is coming off a quality 2010, scoring wins over Rogers Mtagwa, Jonathan Victor Barros, and Orlando Salido; Solis is 3-0 since dropping a controversial decision to Cristobal Cruz in a foul-filled 2009 contest. Solis also holds a 2007 KO 8 loss to Manny Pacquiao.

Officially, Gamboa is also regarded by the WBA as “Unified” featherweight champion, under “Super Champion” Chris John while Solis is officially recognized as “Interim” super featherweight champ of the WBA, beneath “World” champ, Takashi Uchiyama.

Per Boxing Tribune policy, only one champion per sanctioning organization is recognized. Therefore, Gamboa’s WBA featherweight title and and Solis’ Interim title will not be mentioned in the coverage of the bout.

Gamboa-Solis will be the main event of an HBO Boxing After Dark Telecast which will also feature a battle of undefeated featherweight prospects when Miguel Angel Garcia faces Matt Remillard.