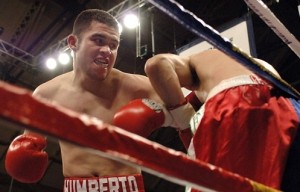 As reported by El Sol de Tijuana newspaper, the 25-year old Humberto Tapia was shot in the Hermanos Ulloa Gym in Tijuana after an altercation with a 36-year old male who accused Tapia of having an affair with his wife. Witnesses captured and disarmed the suspect, holding him until the authorities arrived. Tapia was rushed to a nearby hospital, but was pronounced dead on arrival.

Tapia was a Tijuana-based jr. welterweight with a record of 15-16-1, 8 KOs, but was considered a tough opponent and had only been stopped once, despite sharing the ring with the likes of Carlos Molina, Hylon Williams, Jr., Danny Garcia, Rock Allen, and Jeffrey Resto.