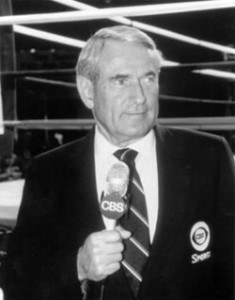 The boxing world lost a legend Thursday morning. Hall of fame trainer and award-winning broadcast journalist and manager Gil Clancy, passed away at the age of 88.

A Hall of Fame trainer and award winning broadcast journalist, Clancy was a staple in the New York boxing scene since his college days. After fighting as an amateur in the Army and college, Clancy worked as a school teacher by day and trained boxers in his spare time. He eventually moved into boxing full time and became a beloved and well respected figure in the sport. As a former boxer, trainer, manager, broadcast journalist, and matchmaker, it seems Clancy has just about done it all.

Though he worked with many fighters over the years: Muhammad Ali, Joe Frazier, Ken Buchanan, Gerry Cooney, Jerry Quarry, Juan LaPorte, and Oscar De La Hoya just to name a few, he’s best known for his 20- year association with two-division world champion ,Emile Griffith. Clancy was the only trainer Griffith ever worked with and had a successful career, winning world championships in the welterweight and middleweight divisions.

His efforts earned him a great amount of respect and admiration not only from the boxers, but from journalists and managers as well. Clancy was named manager of the year by the Boxing Writers Association of America in 1967 and 1963. The same organization would award him the Sam Taub Award for Excellence in Broadcast Journalism in 1983 and, in 1993, Gil Clancy was elected into the International Boxing Hall of Fame.

Though he came out of retirement to work with Oscar De La Hoya in the 90’s, Clancy is known most recently as a boxing analyst for CBS, HBO and MSG. He was also a commentator for many of the New York Golden Glove tournaments.

The International Boxing Hall of Fame flew it’s flag at half mast in his honor.

The Boxing Tribune would like to extend out deepest sympathies to the Clancy family, the boxing world will miss his dearly.