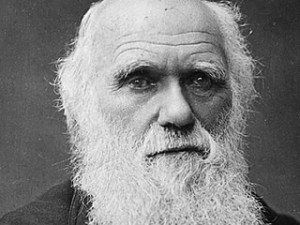 Welcome to the Monday Rant, the boxing column that packs more punch than a Giovani Segura gut-shot…

I don’t have any problem whatsoever with this coming Saturday’s Erik Morales-Marcos Maidana bout.

Since this fight was first signed, I’ve had people soliciting me to join the growing group of fight fans outraged by the apparent mismatch.

And there is no doubt that this is a mismatch.

Morales is only 34-years old, but he has been through hell and back several times in his long, Hall of Fame career. From his trilogies with Marco Antonio Barrera and Manny Pacquiao to his battles with the likes of Wayne McCullough, Daniel Zaragoza, and Paulie Ayala, Morales’s climb up five weight classes has taken its toll.

So, now, nearly fourteen years after he won his first world title, a slower, older, battle-weary Morales climbs into the ring against a young and hungry contender with heavy hands and pure aggression oozing from every pore.

And I have no problem with this.

Maidana-Morales is merely part of the natural order of boxing. “Survival of the Fittest” as Charles Darwin wrote in his ground-breaking book, “On the Origin of Species.”

It’s the time-held tradition of an older fighter passing the torch to a younger fighter via horrendous beating and it has happened to just about all of the greats.

In a lot of ways it’s nobler for a great fighter to go out on his shield, trying to slay one last dragon than it is for hm to hang around for years, fighting club fighters and prolonging a long-dead career.

This is not to say that I’m particularly happy about one of my favorite all-time fighters being bludgeoned for the entire world to see. But it’s a man’s game and, sometimes, a man needs an ass-kicking just to wake him up and show him where he stands.

Sadly, though, Morales should’ve already had that wake-up call when he was out-hustled by Zahir Raheem in 2005 or when Manny Pacquiao stopped him in three one-sided rounds in 2006. He could’ve also had that moment of clarity when he struggled at times against the likes of Jose Alfaro, Willie Limond, and Francisco Lorenzo in his three victories since making his return in 2010.

So, Erik Morales will walk into the ring at the MGM Grand on Saturday and will likely be battered to a bloody mess by a young guy who has every physical edge over him.

A fight like this means a lot to a young guy looking to make a name for himself. However, it won’t mean that Maidana is a greater fighter than Erik Morales because, truthfully, he won’t be fighting the real Erik Morales that night.
*******************
A little over a day before being dismantled and stopped by Edgar Sosa at the Arena Mexico, Japanese fighter, Kenichi Horikawa, found himself the subject of a hotel theft at the Hotel Casa Inn in Mexico City.

Thieves took 15,000 pesos from the wall safe and busted the suitcase of the Kyoto, Japan native in search of items of value.

Horikawa had to rely on an advance from his paycheck to eat.

His people are currently seeking to regain the lost money from the hotel, but hotel management has already gone on record as saying that since there was no forced entry, they have no intention of reimbursing the stolen money.

Ya gotta love my adopted home country! It reminds me of the time that Don King was robbed of his rings in his own limousine prior to the Julio Cesar Chavez-Greg Haugen bout in 1993….or the time I was charged 720 pesos for two beers in la Zona Rosa.
*******************
Piggies at the Trough:

Welcome to a new semi-regular feature of the Monday Rant, dedicated to revealing those members of the boxing media who desperately suck at the engorged, trembling teet of promoters, publicists, and managers.

Today’s shout-out goes to ESPN’s Dan Rafael, who shared this juicy tidbit with the “fight freaks” in his column on March 31st:

“Gotta give big props to Alex “Yanksalex” Dombroff, promoter Lou DiBella’s right-hand man, for the 4 a.m. ride in Connecticut a couple of weeks ago and for his impeccable New York restaurant selection the following week.”

Isn’t it wonderful to see publicists, promoters, and the media getting along so nicely? Steve Kim got a free concert ticket a few weeks ago, Rafael saved the cost of a taxi ride. And the best part about these little favors is that absolutely nothing is expected in return…

You can email Paul at paulmagno@theboxingtribune.com, follow him on Twitter at www.twitter.com/boxing BTBC or check him out as he completes his tenth straight year in the middle of the Mexican Drug Wars without being decapitated. Paul is a full member of the Burger King Kid’s Club.