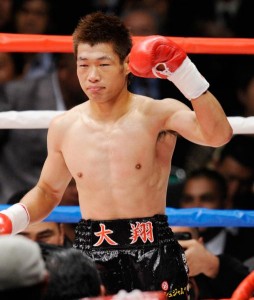 With the island nation still reeling from the March 11th 9.0-magnitude earthquake and subsequent tsunami, which resulted in over 28,000 people dead or missing, the stacked Japanese fight card could be seen as a welcomed distraction.

Japanese star, Hasegawa, a former long-time bantamweight champ, is looking to make the first defense of the featherweight title he won by beating Mexican, Juan Carlos Burgos for the vacant title last November.

Gonzalez, who has fought some of the bigger names in the smaller divisions, is looking for his second world title and will be dedicating the bout to his “Japanese brothers.”