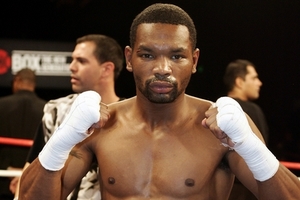 Kendal Holt (26-4, 14 KO) and Julio Diaz (38-6, 27 KO) are set to headline the Friday, May 13th edition of ESPN’s Friday Night Fights. The 2 rugged former champions looking to become relevant in the crowded 140-pound division, will square off in a scheduled 10-round bout, held at the Chumash Casino in Santa Ynez, California.

After dropping 2 straight in 2009 (TKO5 Rolando Reyes, UD10 Victor Cayo), former lightweight titlist Julio Diaz got his career back on track in 2010, scoring a 10-round unanimous decision victory over former title challenger, Herman Ngoudjo. Diaz followed up with an 8th round TKO victory over Pavel Miranda in January.