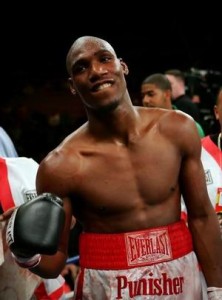 After his devastating knockout loss to Sergio Martinez in November of last year, Paul Williams (39-2, 27 KOs) will return to the ring July 9th on HBO against Nobuhiro Ishida (23-6-2, 8 KOs), the Japanese jr. middleweight who scored a shocking first round TKO against James Kirkland in April.

The 6 ft 1 Ishida, prior to the Kirkland loss, was best known for two decision wins over fringe contender, Marco Antonio Avendano and a split decision loss to Rigoberto Alvarez.

Williams-Ishida is not officially signed yet, but has been agreed upon by both sides, will be contested at a catchweight of 155 lbs. and broadcast on HBO’s Boxing After Dark.