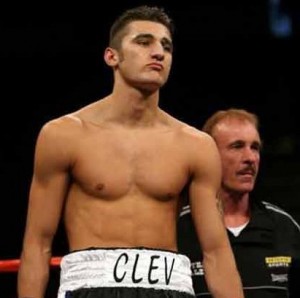 After Juergen Braehmer abruptly pulled out of his WBO light heavyweight defense with Nathan Cleverly (21-0, 10 KOs) this week (and was subsequently stripped of the title), promoter Frank Warren was left with a spot to fill on his pay-per-view show at the O2 Arena in London, England. Tough regional champion, Tony Bellew (15-0, 10 KOs) has agreed to step in and challenge the 24-year old Welshman.

Cleverly, who was sporting the WBO interim title at 175 lbs. has been elevated to full champion status after Braehmer’s withdrawal (the second time the German has backed out of a title defense mid-week– the first being against Beibut Shumenov some months back) and will make his first defense Saturday.

Bellew, who is the Commonwealth light heavyweight champion, has never fought above the regional/national level, but is considered a game, albeit technically crude competitor.

The main event of the card at the O2 Arena remains the much-publicized grudge match between James DeGale and George Groves.