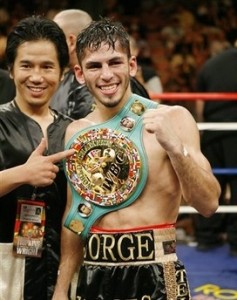 Linares dedicated 2010 to rebuilding a career trajectory that had been derailed by his shocking first round TKO loss to Juan Carlos Salgado in late 2009. Last year Linares, scored victories over Francisco Lorenzo, Rocky Juarez, and Jesus Chavez while firmly establishing himself as a Top 20 lightweight.

Cordero, in his biggest fight to date, was stopped in six rounds by Jorge Solis in a 2010 super featherweight contest.