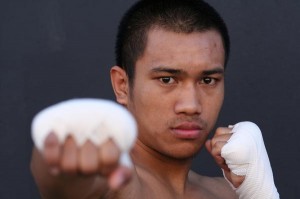 The southpaw, based out of San Diego, has yet to fight anyone above the journeyman-level, but has impressed fans and media with his physical tools and aggression.