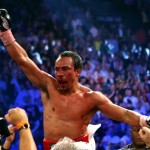 In a lot of ways, 2012 was the best of times and the worst of times for fight fans. Competition for the eyeballs of fight fans created at least the hint of an effort to deliver good fights to the public and, although Golden Boy and Top Rank still insist on playing promotional turf war, both companies did a decent job of making some of the best fights within their power to make. … END_OF_DOCUMENT_TOKEN_TO_BE_REPLACED 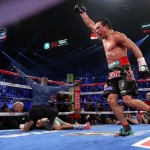 MGM Grand, Grand Garden Arena, Las Vegas, Nevada-- Juan Manuel Marquez (55-6-1, 40 KOs) brought an abrupt and devastating end to his four-fight series with Manny Pacquiao (54-5-2, 38 KOs) with a brutal last-second knockout in the sixth round of their schedule twelve-rounder. Before that closing overhand right that sent the Filipino icon  face-first to the canvas, however, … END_OF_DOCUMENT_TOKEN_TO_BE_REPLACED 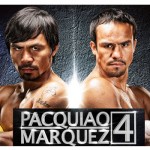 by Fox Doucette Six-division world titlist Manny Pacquiao (54-4-2, 38 KOs), coming off an undisputed robbery at the hands of Timothy Bradley six months ago, steps into the ring for a fourth and presumably final time against Juan Manuel Marquez (54-6-1, 39 KOs), who has been more diligent in a possibly fruitless pursuit of revenge than anyone this side of Captain Ahab. The … END_OF_DOCUMENT_TOKEN_TO_BE_REPLACED 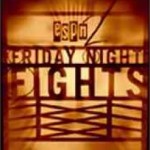 by Fox Doucette Up-and-coming Filipino junior welterweight prospect Mercito Gesta (26-0-1, 14 KOs) took care of business against now thrice-stopped opponent Ty Barnett (20-3-1, 13 KOs) in the main event of ESPN2 Friday Night Fights from Las Vegas. In the co-feature, which was promoted to that status due to changes since press time which knocked a would-be Mickey Bey-Rob … END_OF_DOCUMENT_TOKEN_TO_BE_REPLACED