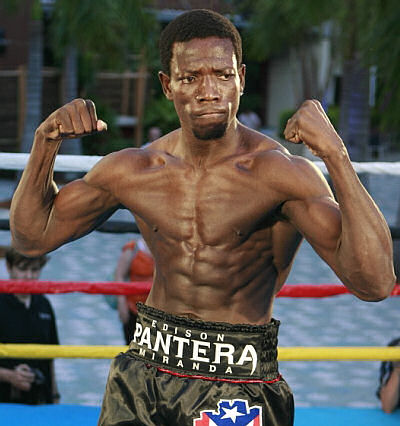 Miranda, who has come up short in title shots against middleweight, Arthur Abraham and Lucian Bute at super middleweight, has also dropped contests to Andre Ward (UD 12) and Kelly Pavlik (TKO 7). Miranda was also stopped in four in a super middleweight rematch with Abraham, two years after their first contest.

The heavy handed Colombian brawler, who now works and trains out of Puerto Rico, hopes to get in the mix at light heavyweight and possibly land title shots at Bernard Hopkins or Tavoris Cloud.

“He’s a beast right now — looking unbelievable and extremely strong, ” said Miranda’s manager, Steve Benbasat. “He’s got a new trainer (Noel Carbajal) and a new attitude. He’s been blasting people in the gym. He’ll be better than ever because he realizes the dumb mistakes he’s made in the past.”

Regarded as a talented, but underachieving fighter, Green will be taking on journeyman, Dhafir Smith (24-20-7, 4 KOs), who most recently upset former super middleweight titlist, Jeff Lacy.

Both bouts will be part of the non-televised portion of Froch-Johnson undercard.