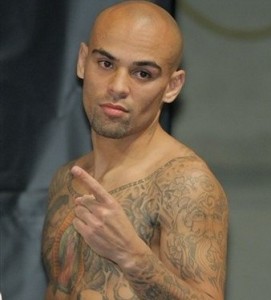 Collazo, a talented 30-year-old southpaw with a fringe following among Puerto Rican fans, has suffered from long bouts of inactivity over the last several years of his career, just fighting six times over the last four years. A former member of Don King’s promotional stable, Collazo has mostly disappeared from the main stage boxing scene for the last several years, re-emerging in a spirited effort against Andre Berto in 2009, but disappearing once again. The deal with Golden Boy will ensure plenty of exposure and quick access to some high profile bouts.

“Luis Collazo has been a well-kept secret for too long,” said Golden Boy Promotions CEO Richard Schaefer in a statement issued to the media. “He’s a talented former world champion who has fought some of boxing’s best and is eager to regain his crown. We will make sure he gets every opportunity to shine in the coming years.”