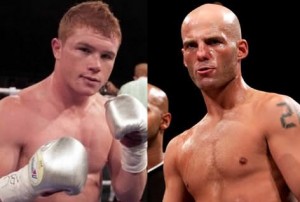 Saturday night will be Rhodes’ 3rd attempt at a world title, having fallen short in his previous 2 attempts as a middleweight. Since moving down to jr. middleweight, Rhodes has won 6 straight, followed by December’s TKO win over Rocky Junior as a middleweight.

If you’d like to participate in the round by round commentary and analysis with the fight fans at The BTBC Fan Forum, click HERE. Registration is free and easy!