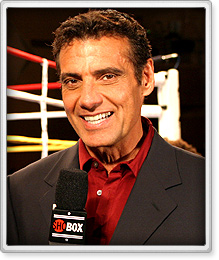 Former Showtime play by play announcer and CNN sports anchor, Nick Charles, passed away after a two-year battle with bladder cancer at the age of 64.

Charles was very well regarded in the boxing community, winning the Boxing Writer’s Association Broadcaster award in 2007 and 2008. He also won the Sam Taub Award for excellence in boxing broadcasting journalism. In March, Charles made one last public appearance, calling a fight on HBO’s Boxing After Dark program.

As a tribute, CNN will re-air its special: SANJAY GUPTA MD – NICK CHARLES: Lessons from the Fight tomorrow, Sunday, June 26 at 7:30amET.

The Boxing Tribune extends its deepest sympathies to Charles’ wife and children and to all those lucky enough to call him friend.