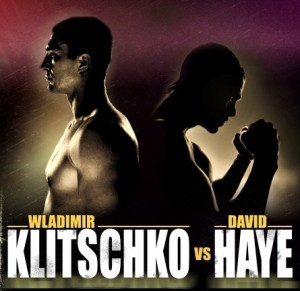 “What could be better than walking down any street in any city and knowing you’re the heavyweight champion of the world?”
– Rocky Marciano

In many parts of the world, the words of the Brockton Blockbuster may still ring true. In Germany, certainly, there isn’t much better than being part of the two-headed monster that is the Klitschko brothers. Wladimir and Vitali, the adopted sons from Ukraine have earned countless accolades in their new homeland. They sell out huge soccer stadiums for fights and are massive celebrities.

In the United States however, the “Mecca” of boxing, they are largely known as “those two huge Russian guys.” Indeed, if somebody were to stop Wladimir on the street in a major American city it would likely be because they thought Dirk Nowitzki got a haircut.

On one hand, it is possible to dismiss this as mere sour grapes. American fans are perhaps simply a little bitter that one of their own is no longer the “baddest man on the planet.” WBO, IBF, and Ring Magazine champion Wladimir “Dr. Steelhammer” Klitschko (55-3-0, 49 KOs) is a great athlete, a huge puncher and also a just a pretty cool guy. He and his brother are educated men (both have actual doctorates, not just clever nicknames) and humanitarians. They are also two of the most successful heavyweights in the history of the sport. One could be forgiven for thinking that his lack of popularity in the states is purely a xenophobic response.

However, anybody that thinks this is the whole story doesn’t really “get it” when it comes to understanding the American fight fan. The wild popularity of pound-for-pound king Manny Pacquiao in America is evidence that Americans will, in fact, embrace a foreign fighter. However, the cold, calculating efficiency of Wladimir’s style simply does not translate across the pond. The last American to utilize technical skills (particularly a potent jab) similar to Klitschko was Larry Holmes, and he was not a popular champion either. Fight fans, and specifically American heavyweight fans, love the big punch like they love the home run. They want you to come out from the first moment of the first round looking for that big punch regardless of the consequences to yourself or your opponent. While Wlad has an excellent knockout ratio, he stops people with patience, slowly breaking them down without taking risks.

His classy behavior outside of the ring is frankly not an asset either. We would rather see a guy with a PhD in “butt-whoopin” than one in sports science. A man who threatens to eat your children is better than one who gives you thoughtful advice on what your children should eat.

Enter Klitschko’s opponent on Saturday, British WBA titleholder David “The Haymaker” Haye. Other than being a fellow prizefighter in the sport’s glamour division, the two men could not have much less in common.

Haye (25-1-0, 23 KOs) first got under Wlad’s skin with a Tyson-esque stunt during the promotion for their first attempt at getting each other in the ring two years ago. Before pulling out of the fight with an injury, Haye showed up to a publicity event donning a t-shirt with an image of himself standing over the bloody corpses of the Klitschko brothers, holding one of their severed heads in each of his hands. Right away it was obvious that this was a guy who could get some people talking about heavyweight boxing.

Most of the Klitschkos’ recent opponents have been respectful, happy to collect their paycheck and get badly beaten without making too much noise. Now, all of the sudden, here was a guy who had no respect at all. He was brash enough to not only threaten the life of Wladimir, but his brother Vitali, something that infuriates Wlad to this day. Of course, when it came time to fight, Haye backed out citing the injury. Many people, especially in the Klitschko camp, didn’t believe him. The normally mild-mannered Wladimir called him a “liar” among other words that can’t be printed on a family friendly site.

Besides the marketing appeal of his antics, Haye also has the right style in the ring to be a popular champion. He is fast, aggressive, and powerful. When fans wondered why it took Haye until the third round to stop badly overmatched Audley Harrison in his last fight, he strongly implied that he had placed a bet on himself to win in the third to make some extra cash. The British Boxing Board of Control didn’t take kindly to this assertion, and Haye back peddled to avoid disciplinary action.

That wasn’t the only controversy that followed Haye around the time of the Harrison fight. Before the bout he had predicted that it would be “as one-sided as a gang rape” causing some amount of outrage in the British media. When many in the public demanded an apology Haye managed to pull out an amusing retort via twitter, “If I apologised for every stupid/ignorant thing i said, I wouldn’t have time for anything else during the day!”

Like it or not, history tells us that this is the type of guy that American fans want to see wearing a heavyweight belt. As bad as the “gang rape” comment was, it certainly was child’s play compared to some of the insults that all-time great trash talkers Mike Tyson and Muhammad Ali hurled at their opponents.

There is only one small problem with Haye at this point– He is not yet the champion. He has perhaps put the cart before the horse in becoming a celebrity before he has earned it in the ring. Haye’s WBA title aside, the world knows that Wladimir Klitschko has earned his place as the true champion of the division. Haye can talk a great game all he likes, but at the end of the day he’s trying to win a title in boxing, not debate.

Fans wondering if Haye can be a star shouldn’t be worried. He can, if he can win the fight. We will find out Saturday if he is the complete package, or simply an entertaining challenger.