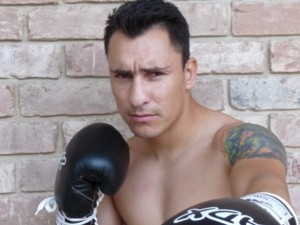 Cazares, a native of Los Mochis, Sinaloa, has been a title holder at 115 lbs. since upsetting Japan’s Nobuo Nashiro in May of 2010. Prior to that, Cazares was a long-reigning WBO jr. flyweight titlist.

Tijuana’s Badillo has put together an impressive won-loss record at the club level, but in his first attempt to step up in class, was stopped by Ronald Barrera last year.