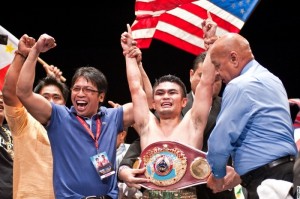 Garay was down in the first and tenth rounds; Huck was deducted a point in the third round for rabbit punching.