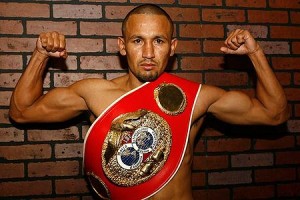 Salido was in control throughout, battering his challenger with a varied attack to the body and the head, and sweeping every round until the eleventh round stoppage. Yamaguchi was dropped to the canvas in the third round and appeared to be on the verge of falling on several other occasions.

Despite hurting his hand, Salido pushed forward and unleashed one final barrage in the eleventh that encouraged the referee to wave off the bout.

After the contest, Salido said that he’d be willing to take on Juan Manuel Lopez in a rematch of his title-winning April effort, “Any time, anywhere.” Lopez, sitting at the ringside broadcast table for Azteca 7, concurred.