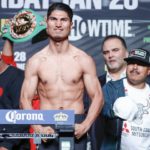 Mikey Garcia vs. Miguel Cotto: Why Not? Last week, Mikey Garcia floated a challenge to Miguel Cotto on Twitter that raised more than a few shares of eyebrows throughout the sport. Since then, representatives of Garcia’s team as well as Cotto’s new promoter in Golden Boy have each nipped the fight at the bud saying that there’s nothing going on and it is not a fight Cotto is … END_OF_DOCUMENT_TOKEN_TO_BE_REPLACED 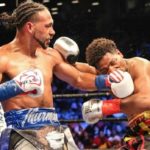 It has been a momentous year for the world of boxing in 2016 with some of the greatest fighters of a generation going toe-to-toe in some of the most epic bouts in recent memory. However, when we look back, which fights will stick in the mind the most? Here is our view of the best boxing fights of the year.   Jesus Soto-Karass vs Yoshihiro Kamegai, 15th April, Belasco … END_OF_DOCUMENT_TOKEN_TO_BE_REPLACED

Francisco Vargas (23-0-1, 17 KOs) will defend his WBC junior lightweight title against former champion Orlando Salido (43-13-3, 30 KOs) on June 4 at Stub Hub Center in Carson, California. This will be Vargas' first title defense while the 35-year-old Salido is determined to get another belt after some ups and downs. Francisco Vargas beat Takashi Miura on November 21 in … END_OF_DOCUMENT_TOKEN_TO_BE_REPLACED 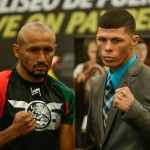 There was nothing new or unusual to report from the final press conference before Saturday's Orlando Salido-Rocky Martinez super featherweight title bout. Everybody was in the best shape of their careers...excited for this great opportunity...eager to prove themselves in combat...blah, blah, blah... But Orlando "Siri" Salido (42-12-2, 29 KOs) has never been a man of words, … END_OF_DOCUMENT_TOKEN_TO_BE_REPLACED 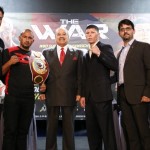 PR Best Boxing announced today that WBO super feather champion Orlando “Siri” Salido (42-12-2, 29 KO’s) will defend the title against former title holder Roman “Rocky” Martinez (28-2-2, 17 KO’s) on April 11th in an event being called “The War”. The bout, to be held at Coliseo Jose Miguel Agrelot in San Juan, Puerto Rico, will be Salido’s first defense of the WBO strap he won … END_OF_DOCUMENT_TOKEN_TO_BE_REPLACED