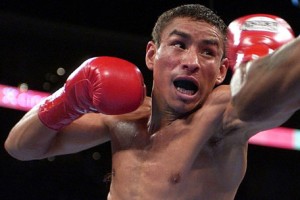 Nishioka, whose biggest wins include a third round stoppage of Jhonny Gonzalez in 2009 and a one-sided unanimous decision over the UK’s Rendall Munroe in 2010, has been in the world championship picture since winning the interim 122 lb. title from Napapol Sor Rungvisai in 2008.

Marquez, the 36-year-old former IBF bantamweight and WBC junior featherweight world champion, made an unsuccessful bid for a world title at featherweight against defending titlist, Juan Manuel Lopez in November of 2010, retiring in his corner between rounds eight and nine due to injury. Most recently, Marquez stopped journeyman, Eduardo Becerril, in a July card held in Cancun, Mexico.