Has David Haye, the brash, trash-talking former heavyweight titlist decided to call it a career just days before his 31st 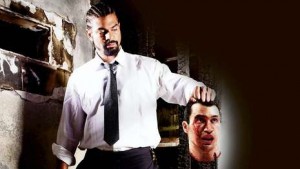 According to various sources, both inside and outside of his native United Kingdom, the answer seems to be “yes.”

Haye, who was set to renew his license to box with the British Boxing Board of Control, apparently informed the licensing organization that their approval would no longer be needed.

“According to the email I received,” Board secretary, Robert Smith told the BBC, “he is no longer wishing to renew his license.”

The decision comes just as the buzz about an apparent high-profile bout with Vitali Klitschko was beginning to grow and just months after the fighter’s biggest and most embarrassing bout— a passive, one-sided decision loss to Vitali’s younger brother, Wladimir Klitschko in July.

If the stories are true and Haye is, indeed, deciding to hang up the gloves at the tender age of 30, one can’t help but look back at the talented London native’s career with both respect and second hand regret.