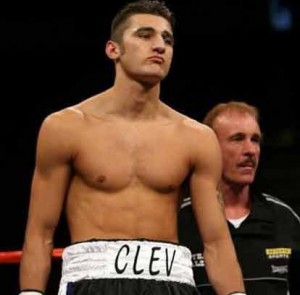 defends his belt against Tony Bellew (16-0, 10 KOs) this Saturday at the Echo Arena in Liverpool, Merseyside, United Kingdom at the head of a card also featuring bouts with James DeGale and Billy Joe Saunders.

Cleverly, who won the vacant title against Poland’s Aleksy Kuziemski in May and was an interim title holder before that, has yet to face a legitimate world class opponent. Despite a quality skill set and some decent regional competition in bouts against fighters like Karo Murat and Kuziemski, the Wales native is still unproven at the elite level and won’t likely be tested on Saturday.

Bellew, who was somehow approved by the WBO as a world title challenger, has no fights of note and is best known for a series of scathing anti-Cleverly statements issued in the UK press.

On the undercard, Olympic Gold Medalist, James DeGale (10-1, 8 KOs) returns to the ring after his loss to rival, George Groves earlier in the year. He’ll face Poland’s Piotr Wilczewski (29-1, 10 KOs) for the European super middleweight title.