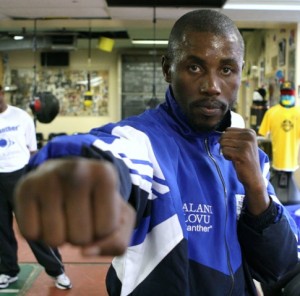 Ndlovu defeated IBF titleholder Steve Molitor in March 2011 by unanimous decision.  This bout was the third between the two fighters over the past four years, the first two of which Ndlovu lost.  This win garnered several offers for Ndlovu to voluntarily defend his title, but promoter Branco Milenkovic chose this bout in Mexico in hopes of a money-making unification fight in the future.

Caro is coming off a title elimination loss to Simpiwe Vetyeka and is eager to defeat Ndlovu in front of his Mexican fans.  BoxingScene.com quoted Caro saying, “I want that title and I want to win it convincingly…I’ll stake my life on the line to win this fight.”

The 12 round main event will air nationally on Televisa during the city’s 74th annual All Saints Fair.  It will also feature two female title fights:  Arely Muciño vs Ava Knight, Kaleisha West vs TBA.