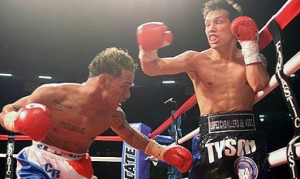 The bout will be a rematch of April’s thrilling back and forth war at Arena Roberto Duran in Panama City, Panama, which saw Marquez win the belt from Concepcion via eleventh round TKO.

In that encounter, both fighters tasted the canvas in the first round, with Concepcion also suffering knockdowns in the third and tenth rounds.

Since their initial meeting, Marquez scored a July TKO 3 victory over Edrin Dapudong in the first defense of his belt and Concepcion, fighting in August, stopped veteran, Manuel Vargas in the first round.