Veteran referee, Tony Weeks, has been pegged by WBO officials for the high profile, Manny Pacquiao-Juan 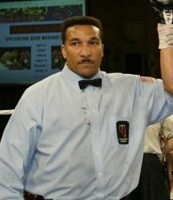 The Las Vegas resident is considered one of the sport’s better officials and was the referee in Pacquiao’s 2008 victory over Oscar De la Hoya as well as his unanimous decision win over Marco Antonio Barrera in 2007. Weeks has also worked big fights such as Floyd Mayweather-Juan Manuel Marquez, Kelly Pavlik-Jermain Taylor II, Marcos Maidana-Erik Morales, and Diego Corrales-Jose Luis Castillo I.

The WBO also assigned a crew of senior judges to handle the bout: Dave Moretti, Robert Hoyle and Glenn Trowbridge.