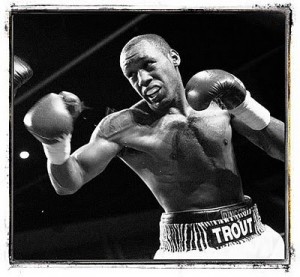 11th at Cohen Stadium in El Paso, Texas.  The card will be broadcast Live on Showtime at 11:05pm ET/PT.

An El Paso native, Trout comes into the fight undefeated and ranked 7th in the division by The Boxing Tribune.  He will be making his second straight WBA title defense on what will be his first appearance as the showcase fighter of a premium American cable show.

His opponent, LoPorto, comes into the contest having won nine of his last ten bouts and is coming off a TKO win over journeyman Aswin Cabuy.  He’s an orthodox fighter and is seven years Trout’s senior.