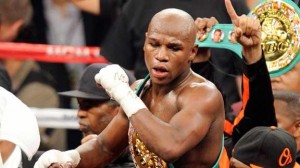 Retired federal judge Daniel Weinstein, a mediator often used to smooth out conflicts between Top Rank and Golden Boy, sent the message to inform all parties that Arum was not interested in pursuing a Mayweather-Pacquiao bout. Instead, he would be looking into a fourth contest with Juan Manuel Marquez.

Schaefer, working on behalf of Mayweather, had contacted Weinstein to act as a go-between for the negotiations between the two rival camps, but the talks ended before they ever began.

For the record, Arum says that he has no knowledge of any such email, but, in an interview with ESPN’s Dan Rafael he affirms that he is “pursuing a fourth fight with Marquez” and that “there is no reason to sit down with Mayweather” if Marquez is the prime target.

Contrary to the volumes of misinformation tossed around the internet, there have only been two real attempts to sign the Fight of the Millennium — and both of those attempts ended with Team Pacquiao walking away.

This time, unlike the first negotiations which fell apart over the issue of random, Olympic-style drug testing, there was no pretense of negotiating at all. Arum and company were simply not interested.

Through fake contract-signing countdowns and insanely conflicting stories about the degrees of Pacquiao’s willingness to be tested for PEDs, there has never been any real attempt on the part of Arum or Team Pacquiao to put their guy against Mayweather.

All the fans got for their two years of Mayweather-Pacquiao dreams were a cluster of fake stories and misdirections aimed at diverting the public’s attention. The prospect of a Mayweather fight would only be brought up as a way to promote whichever non-Mayweather opponent Pacquiao was fighting next.

Meanwhile, with Arum and company using his name to help get some cheap publicity, Mayweather was alternately ambivalent and dismissive of Pacquiao, often obnoxiously so.

But, again, Pacquiao was the one to walk away from the possible bout. Why would Mayweather continue to pine away for a showdown that the other side was not interested in making?

From the way things have played out, it looks as though Arum has been playing the fans and media like a fiddle once again, stringing them along for his own benefit and then slapping Mayweather’s reputation around when the time was right– all for a fight he never really intended on making.

At the end of the day, though, it’s Pacquiao’s public image that should take the hit. Whether the Filipino pop culture icon was involved in the promotional bait and switch or not, it’s his name on the marquee and his ultimate decision as to who he wants to fight.

As for Mayweather, his team has called Pacquiao’s bluff twice now and, in both instances, it was Team Pacquiao that blinked.