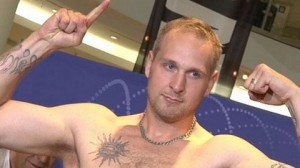 split decision, claiming the European heavyweight title against the UK’s Dereck Chisora (15-2, 9 KOs) in front of a partisan crowd on Saturday.

Chisora boxed well, moving in and out and working on the 6ft 7 Helenius’ body. Meanwhile, Helenius worked to measure the distance and place heavy-handed, fight-ending shots. But there were few opportunities for the undefeated “Nordic Nightmare” and Chisora did well to avoid follow-ups to any blows that did happen to land.

While the fight was close throughout, Chisora hit his stride in the mid- to late-rounds and finished the entertaining bout winning 116-112 on The Boxing Tribune’s unofficial scorecard.

On the undercard, Alexander Povetkin made the first defense of his WBA heavyweight belt by knocking out American, Cedric Boswell in the eight round of their scheduled twelve.

The Russian took his time, stalking the 42-year-old challenger and slowly working his way into the right spots. An even fight until the sixth round, Povetkin eventually started landing some meaningful punches that shook up his opponent and got him on the defensive.

The end of the contest came in the eighth round when Povetkin cornered Boswell and let loose a barrage of punches. Boswell tried to roll with the shots, but enough landed to put him in bad shape and one final right hand sent him to the canvas, unable to beat the count.

After the contest, Povetkin trainer, Teddy Atlas made a plea for a moratorium on questions about his fighter facing one of the Klitschko Brothers and said that his pupil would be ready in a couple more bouts.