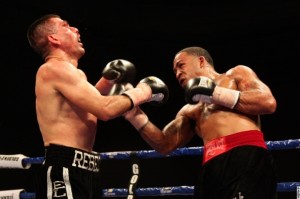 with Erik Morales on January 28th. Houston is rumored to be the home for this card.

— The Tavoris Cloud (23-0, 19 KOs)- Zsolt Erdei (33-0, 18 KOs) bout for Cloud’s IBF light heavyweight title on December 31st has been canceled due to a hand injury suffered by Erdei. The complete event, including the Rico Ramos-Guillermo Rigondeaux WBA junior featherweight contest has also been canceled. Showtime, who was going to broadcast the championship double header, is looking to rescheduled Ramos-Rigondeaux as well as Tavoris Cloud against a new challenger.

— Junior middleweight contender, Pawel Wolak (29-2-1, 19 KOs) announced his retirement via his official Twitter and Facebook accounts. Wolak, dropped a unanimous decision last Saturday to Delvin Rodriguez in a rematch of their July, which is on the short list of Fight of the Year candidates.

— In a battle of heavyweight journeymen, Tony Grano (18-2-1, 14 KOs) will face Brian Minto (35-4, 22 KOs) on January 28 at the Turning Stone Resort & Casino in Verona, New York in a title eliminator for the NABF heavyweight title.