Gennady Golovkin (21-0, 18KOs) will face Lajuan Simon (23-3-2, 12KOs) this Friday, December 9th in Germany.  The fight was originally scheduled on the undercard to the Wladimir Klitschko vs. Jean-Marc Mormeck fight scheduled for Saturday, December 10th but was rescheduled when Klitschko pulled 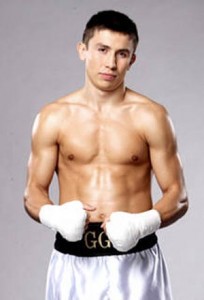 out of the fight due to recent kidney stone surgery.

Golovkin has a decorated amateur career and was a silver medalist in the 2004 Olympic Games.  His professional career began in 2006 and he is currently ranked 12th in the world in the middleweight division.  His last five fights were won by knockout, with only one going past the third round.  He is coming off a TKO 10 win over Kassim Ouma.

Simon has won two of his last five fights, and recent notable opponents include Sebastian Sylvester and Arthur Abraham.