Nashiro lost the WBA super flyweight title in a rematch bout with Hugo Fidel Cazares in 2010.  In 2011, he had two chances to obtain the WBC superflyweight title.  He faced two top five fighters in 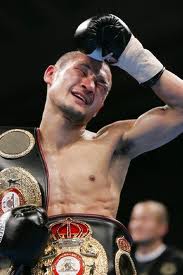 Tomas Rojas and Suriyan Sor Rungvisai, and lost to both by decision.  Currently, Nashiro is ranked 16th in the world among super flyweights.

Gym holds a 1-5 record since 2010 and has yet to face serious competition in the ring.

The main event will feature a WBC title bout with Kazuto Ioka vs. Yodgoen Tor Chalermchai in the strawweight divison.