Bob Arum would have us all believe he is working diligently to make a welterweight mega fight between Floyd Mayweather and his cash cow, Manny Pacquiao. He would have us all believe that he is representing his client’s best interests and making the fight to maximize Pacquiao’s earnings his top priority. His actions, however, tell a different story. His insistence on staging Mayweather vs. Pacquiao on May 26 – and only on May 26 – is the latest in a long line of hurdles in making the fight. And as Mayweather and Pacquiao engage in a long-range stare down, waiting to see who blinks first and announces their next opponent, don’t hold your breath in hopes of the fight happening.

With the mainstream boxing media finally catching on to Arum’s elaborate game of three card monty, his well of excuses 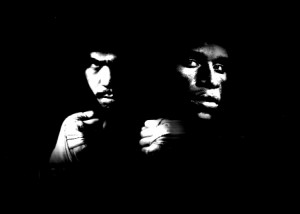 has run dry and he has resorted to now denying he is even aware of who to negotiate with on Mayweather’s side. “I don’t even know if [Golden Boy Promotions CEO Richard] Schaefer is involved,” Arum would tell Rick Reeno of Boxing Scene. Never mind that most people with a decent amount of boxing knowledge know Mayweather’s last five fights have been with Golden Boy Promotions. Bob Arum himself knows this, having negotiated with Golden Boy CEO, Richard Schaefer in December 2009-January 2010, and claimed to have negotiated with Al Haymon (the man who negotiated Mayweather’s Top Rank buyout for a paltry $750,000) in the summer of 2010.

This is all misdirection to cover Arum’s prime directive; he can appear to be open to negotiations while Pacquiao’s June opponent is already signed, sealed, and delivered. From the moment a surprised Manny Pacquiao heard his name announced the victor in his November 12 fight with Juan Manuel Marquez, Arum has hammered home his desire to make a fourth fight between Pacquiao and his Mexican rival, despite the instantaneous outcry for a Mayweather-Pacquiao showdown. As was the case when Arum matched Pacquiao against a washed up Shane Mosley last May, he couldn’t care less what anyone thinks.

When pressed, Arum floated a few rumors to his favorite media outlets to pass along as evidence of ongoing attempts to make a Mayweather-Pacquiao fight. Richard Schaefer, CEO of Golden Boy Promotions, told Lem Satterfield that he had an email from retired federal judge, Daniel Weinstein (mediator in first round of Mayweather-Pacquiao negotiations and in other Golden Boy vs. Top Rank disputes), that Arum was not interested in making the Mayweather-Pacquiao fight and was in fact lying. Schaefer went so far as to offer to make the email available to the media with Arum’s permission. Arum remained silent on the matter.

Since mid-November, there have been several dozen differing stories from both sides. Mayweather and his team have stayed true to their message; May 5 is the date available and Manny Pacquiao is the desired opponent, while Pacquiao’s team have had several differing positions, possible dates, opponents, and lingering injuries. Fight Hype’s Ben Thompson prepared a detailed and accurate timeline of negotiations (or lack thereof) up to December 21 – http://fighthype.com/pages/content11418.html, and has closely followed the developments since.

The latest position around which Team Pacquiao has circled its wagons, is their insistence on May 26 – not May 5 as the date of the fight. Arum has stated publicly that May 5 has no magic (until he thought Mayweather would be serving a jail sentence beginning on January 6, opening up May 5 for a fourth Pacquiao-Marquez fight), and the magical date is May 26 , only 6 days before Mayweather is scheduled to begin his 90-day jail sentence.

One might begin to think that a certain amount of recovery time would be needed in the wake of a major championship fight. It would be irresponsible for a judge to allow Mayweather to fight before entering jail and not allow for any possible injuries. Arum, who holds a law degree from Harvard and decades of experience promoting big fights, would certainly be aware of the possibility that May 5 is a crucial sticking point in the postponement of Mayweather’s sentence.

The judge presiding over Mayweather’s case, Melissa Saragosa is forbidden from discussing factors influencing decisions surrounding a pending case. One Nevada-based criminal defense attorney, who is aware of the high-profile case and chose to withhold his name from the record, gave his opinion on the matter. He stated he believes that May 5 is a binding date for Mayweather. “In my opinion a judge would not allow him to fight a few days before he begins a lengthy jail sentence. You have to think of the possibility he gets knocked out, or a bad cut or broken nose. That would factor into a judge’s decision to allow for a specific date and be firm with that date,” he stated during our brief phone conversation.

The Nevada State Athletic Commission (NSAC), responsible for the licensing and assuring the safety of the fighters it licenses, was noncommittal on the matter. Keith Kizer, Executive Director of the NSAC stated, “The Commission will review all relevant issues if and when Mr. Mayweather applies for a professional boxer’s license,” when asked whether the NSAC would approve a license for Mayweather to fight on May 26, knowing he would be required to report to jail on June 1.

Arum’s excuses have varied, from working diligently with mysterious investors, to Pacquiao needing additional time to heal from a cut, to the need for a temporary outdoor stadium on the Las Vegas Strip. In summary, Bob Arum has been leading the media around by the nose for years, and only now have the big names such as Dan Rafael, Chris Mannix, and Kevin Iole caught on to the game. But the Michael Marleys are still out there, willing to float Arum’s rumors in exchange for continued access to juicy Pacquiao rumors and acceptance amongst his large, loyal, and gullible fan base.

Mayweather vs. Pacquiao won’t happen in May. Many have arrived at a point where it is certain the fight won’t happen at all. Arum’s constant use of misdirection, conflicting stories and changing his stance every other day makes it difficult to follow this mind-numbing saga of (non) negotiations. Was the May 26 offer merely a PR ploy to convey a perceived desire to negotiate with Mayweather? Smart money is on “Yes”. The Master of Illusion continues to fool the many, while the few chase their tails in an attempt to see the light through the clouds of smoke.