Magee currently holds an interim title belt in the super middleweight division.  The southpaw fighter is ranked 13th in the world among super middleweights, and he has gone 8-1-1 in his last ten fights.  He has wins over Roman Aramyan, Mads Larsen and Stevie McGuire, all of whom have winning records.  Magee has losses on record 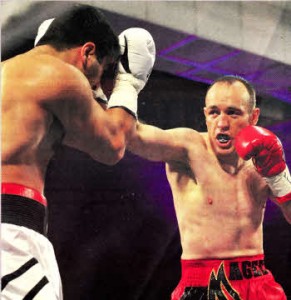 Markussen will challenge the interim title-holder with the support of fans in his native home of Copenhagen, Denmark.  He is coming off four consecutive wins, all by way of knockout.  He has two losses on record: one coming in 2002 by decision against Sven Ottke (who has remained undefeated in his career) and the other in 2006 by knockout to Sergey Tatevosyan (who went on to lose to Lucian Bute and Carl Froch).

This bout will be featured on the series premiere of “Nordic Fight Night.”  The card will be hosted at Broendby Hall in Copenhagen, Denmark and will air locally.