Paul Williams once proudly staked his claim to being one of the most avoided boxers in the sport. As a welterweight, his height (6’ 1”) and 82-inch reach made him a handful for anyone in the division. He never had overwhelming one-punch power, but his work rate allowed him to overwhelm his opponents, who were unable to solve the long, rangy puzzle in front of them. 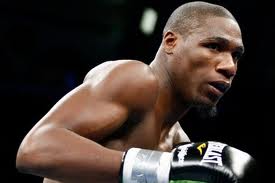 Williams graduated rather quickly from prospect to contender. Still considered a prospect in 2005, Williams stepped up his level of competition, leading to the biggest win of his career in 2006. The alleged most avoided man in boxing fought another of the alleged most avoided, Antonio Margarito. Williams outworked Margarito over 12 non-stop rounds, scoring a unanimous decision victory and taking the WBO welterweight title. Since the biggest win of Williams’ career he has been in a slow, yet steady decline.

Unable to land a fight with any of the other welterweight titlist at the time, Williams took on Carlos Quintana, most famous at the time for taking a serious beating from Miguel Cotto. Quintana worked inside of Williams’ long reach and roughed up the Georgia native, taking a unanimous decision victory and the WBO belt in the process. Only four months later Williams would remind everybody why he remained a dangerous threat inside the ring when he knocked Quintana silly inside one round, regaining his WBO welterweight title.

Williams vacated his title shortly after regaining it from Quintana, and has bounced between jr. middleweight and middleweight since then.

Victories over Verno Phillips and Winky Wright proved that when matched against guys who were unable to get inside of his long reach, Williams was still very effective. It was not until his disputed December 2009 majority decision victory over Sergio Martinez that we saw a repeat of Williams’ inability to deal with a shorter fighter with the head movement and quickness to work his way inside of Williams’ long flurries.

In his next bout, an aborted 4-round technical decision victory over Kermit Cintron, Williams was again beaten to the punch early on. Cintron kept his right hand crisp and straight, and was able to land early and often on Williams. If not for an unfortunate stumble which resulted in Cintron falling (or leaping) from the ring, the fight may have turned out to be better than expected.

Williams entered his November 2010 rematch with Sergio Martinez confident that he would repeat beat Martinez decisively. Instead, he ate numerous counter left hooks, as he walked Martinez down behind a lazy right jab and looping left hand. In the second round, Martinez backed up near the ropes with his hands down. Williams took the bait and walked in with a wide, looping left hook. Martinez threw an overhand left, which landed on Williams’ chin a split second before Williams’ own left hand glanced off Martinez’s face. Williams was out before he hit the canvas. The images of Williams lying face down, motionless and with his eyes wide open was burned into our memories.

Williams’ comeback took place against up-and-coming Cuban southpaw, Erislandy Lara last July. Lara was slick enough to get inside of Williams’ reach and land at will. Two of the judges found enough rounds to give to Williams and scored the fight in his favor, while the third judge scored the fight a draw. The majority of observers saw a clear loss for Williams and a scoring controversy in Atlantic City.

No longer feared and avoided, Williams refuses to give credit where credit was and is due. In his own estimation, Williams has never really lost a fight. He believes the judges got it wrong against Quintana and Martinez merely landed a lucky punch.

As Paul Williams (40-2, 27 KOs), rated number 7 by The Boxing Tribune, enters Saturday night’s Showtime co-feature with Nobuhiro Ishida, he has been dogged with serious questions about his future. Serious technical flaws have been revealed in the once-feared attack of Williams, and he refuses to entertain the idea of a change in trainers, opting to stay with George Peterson, the man who Williams respectfully refers to only as “Mr. Peterson, and who has been in charge of his career since he was nine years old.

Standing across the ring from Williams will be Nobuhiro Ishida (24-6-2, 9 KOs), rated number 16 by The Boxing Tribune. Ishida is a relatively fresh 36-year old boxer, having taken time off after his amateur career came to an end. Ishida has fought his entire career at home in Japan, and only recently came to the United States and Mexico. His first venture outside of Japan resulted in a close split decision loss to Rigoberto Alvarez in Mexico.

Ishida is no stranger to staring down the barrel at incoming threats. Last April Ishida was fresh off the loss to Alvarez, and was supposed to serve as a stop on James Kirkland’s road out of prison towards a world title shot. Apparently Ishida didn’t get the memo, and he stopped Kirkland in the first round, knocking him down three times before Joe Cortez stepped in and stopped the contest.

Ishida, like Williams, stands 6 feet 1 inches, but will be at a significant reach handicap come Saturday night. In the past, Ishida has shown a knack for fighting on the inside, despite his height. When standing at a distance Ishida shoots his right hand straight down the middle, and is very short with his left hook – both useful weapons against a southpaw.

Of his six career losses, four of which came in his first twelve fights, Ishida has never been stopped. He has shown an ability to take a decent punch when needed, and with so little head movement, that is a good asset to possess.

Ishida is the underdog in the fight and lacks serious knockout power. He should look to counter what will surely be an aggressive Williams early on. If Ishida can’t find any success early on, his best bet will be to take the fight inside where Williams and his wide punches will be less effective. Williams is by far the best opponent Ishida has had to face, but he is facing Williams after a one-punch knockout loss and a poor performance where he should have been judged the loser. Possible physical deterioration, as well as lack of confidence may work in Ishida’s favor here.

Williams, the former pound-for-pound star, will need to polish up his technique to right the sinking ship and avoid an upset. As stated earlier, his jab is lazy and his left hand is wide. With his ten-inch reach advantage, his best bet would be to keep Ishida at a distance and overwhelm him with volume – only now he should be working from behind a stiff jab and straighter left hand.

Williams has always been able to use his physical gifts to overcome his technical flaws, and Ishida will the one that has to work to overcome Williams’ natural gifts while he, himself, lacks the power to deter Williams. Expect a good fight between two tall, rangy fighters who are willing to trade, and Williams’ punch output to impress the judges en route to a close decision victory.

Check out this week’s other previews: