Amateur boxing has taken the pay-per-view plunge. The World Series of Boxing, now in its second season, has taken to charging $25 a pop via Integrated Sports for viewing.  So what gives?

For those of you unfamiliar, the World Series of Boxing is an international, 12-team based boxing competition (the U.S. team is the L.A. Matadors).  Amateur boxers fighting under professional style rules and judging, no head gear, five rounds, and they get to make a little cheddar on the side without losing their amateur status.  It’s a great gig for the up-and-comer in need of international experience.  The problem is, who’s watching?

Here in the U.S., boxing isn’t celebrated nearly as much as it is in other parts of the world.  Amateur boxing on television 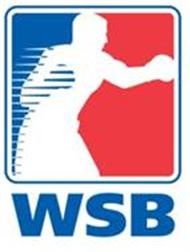 is just about non-existent, with exception to the Olympic coverage or the occasional Golden Gloves broadcasts.  The WSB shows have been limited to mid-afternoon airings on (then named) VS. Network, and more recently on FOX Sports at 4 am.  Not much of a way to build a fan base.  Were there THAT many people watching at those odd times to make someone think this was a money maker?

What beats all of this is that the PPV shows weren’t even scheduled to air the U.S. team’s bouts.  The Matadors managed to grab airtime on February 7th when visa issues scrapped the original planned match-up between Mexico City and Beijing (unfortunately Moscow defeated our boys by a 5-0 shutout) but the point is, a PPV charge and you can’t even watch your own home team compete?

As we know all to well at this point, PPV has become the point of no return for boxing.  Major professional cards are normally costing $50-$60, and shows of lesser status are popping up on independent PPV events or on internet PPV.  Free boxing is going the way of the VCR slowly but surely.  I haven’t seen a free WBS broadcast in over two months that wasn’t a rerun.

The one bright spot in this is that the World Series of Boxing puts much of its competition footage on its YouTube page afterwards, http://www.youtube.com/worldseriesboxingtv, so you can manage to view some of the bouts (in some cases the full match-up) with a few clicks.

Going in the opposite direction, let me give two major thumbs up to Showtime (someone over there must be reading my posts in The Boxing Tribune forums).  Last Saturday night, Showtime went the extra mile and in addition to airing its double header of Williams-Ishida and Cloud-Campillo, aired three undercard bouts on it’s sister channel, Showtime Extreme.  I’ve wondered (and bitched) for years why the networks, each with multiple channels, couldn’t see fit to air undercard bouts once in a while but Showtime did it.  I’m keeping my fingers crossed that it becomes standard practice.