I haven’t seen the movie (and won’t likely see it), but that really doesn’t matter for this week’s Rant. Just seeing the movie posters for The Hunger Games around town as I emerged from my fortified cement bunker to visit Michoacan’s capital, Morelia, was enough to spark an idea during the haze of my belated birthday partying. 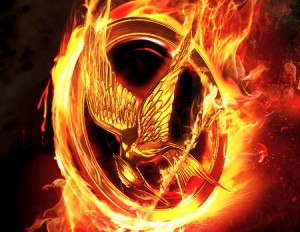 As fight fans, we really are saps sometimes. Hell, not sometimes, most of the time. We’re so hungry for the sport we love that we constantly fall for the same hype, marketing schemes, scams, tricks, misdirections, and flat-out lies.

On Saturday night, we were excited to see if Erik Morales could “do it again” against undefeated 24-year-old, Danny Garcia.

Morales had some very good moments in a losing effort against Marcos Maidana last year, but hasn’t won a significant fight since 2005 and hasn’t looked like the real “El Terrible” since 2006. Since his series with Manny Pacquiao, pretty much all we’ve seen from the future hall of famer is the bloated, slowed-down shell of his former self.

Last Saturday, we saw the same Morales we’ve been seeing for years. Sporting a gut, Morales wouldn’t even bother to try and make weight and, instead, opted to vacate his WBC junior welterweight paper title.

Once the bell rang, it also became obvious that Morales didn’t have his legs under him and was fighting back with pure will and the character that make him a first ballot hall of famer. Back in the day, the will and character would lead him to victory. Now, seven years older and fourteen pounds heavier, all his heroics manage to do is keep him standing while younger fighters beat him. Danny Garcia beat the 35-year-old solidly on Saturday, but don’t fool yourselves into thinking that it really meant anything.

Those of us who love Erik Morales were so hungry for the Morales of old that we talked ourselves into accepting the main event from Houston, Texas as a real contest and not just another stepping stone for a young fighter with the right connections.

Speaking of Texas, were we really so hungry for a couple of good fights that we completely overlooked the fact that we were being served up another heaping dose of the Texas Commission and its inept/corrupt mangling of the sport?

Everything about Molina-Kirkland was botched as we saw a Rocky-style upset (albeit, a Rocky movie where Rocky Balboa clinches a lot) for Molina slowly morph into a disgusting, twisted rescue job for Kirkland. The idea of referee, Jon Schorle, disqualifying the underdog on a technicality and, really, the honest mistake of Molina’s corner man jumping into the ring after a round-ending knockdown, was a bitter pill to swallow. Tougher, still, was finding out that the infamous Gale Van Hoy actually had Kirkland winning the fight by a point (for the record, I had the fight scored 87-84 at the end of the ninth). If the fight had gone on and the tenth round would’ve been scored, Van Hoy would’ve had Kirkland up by three points going into the championship rounds.

Again, though, if we had really thought about the fights being in Texas, would we be the least bit surprised that a lovely night of boxing would at least be somewhat ruined by this cartoonishly bad commission?

As for Kirkland, we all love the idea of James Kirkland as this human wrecking ball with the quirky female manager. What a story! Boxing fans are hungry for a no-nonsense beast who’s not worried about contracts or money and just wants to go to war. And Kirkland certainly fits the bill. Unfortunately, as we saw in Houston as part of the co-feature against Carlos Molina, Kirkland is fatally flawed and, likely, on the fast track to an early retirement.

Ann Wolfe’s unorthodox training routines make for interesting video and good publicity, but do little to refine the beast within Kirkland into a real, world class prize fighter. And pound your chest, UFC-style, all you want, skills pay bills in boxing.

Yeah, Kirkland can walk through walls when he’s right and even a flawed Kirkland is better and more exciting than most fighters out there, but the book is quickly being written on the “Mandingo Warrior” and it’s only a matter of time before every fighter and trainer reads that book.

Meanwhile, in Brooklyn, Zab Judah continued on his fistic life circle of death and rebirth with a dominating TKO win over an obviously overmatched Vernon Paris. Judah is now, once again, on the verge of redemption and a world title bout against the winner of Lamont Peterson-Amir Khan II in May. The internet is abuzz with stories marking Judah’s “Return,” but isn’t that what he always does and has been doing for the last eleven years or so?

Judah beats the stuffing out of the journeymen and mid-level guys and then falls to pieces against the top dogs. This is now his fifth life cycle in the sport, but by the time his next big fight comes around, there’s no doubt that most of us will be sucked back into the Judah vortex because we’re hungry to believe.

It’s easy to say that the fans are seldom given what they really want, but maybe we have to reassess that line of thought. Maybe we’re the ones who deserve the blame and not the promoters, sanctioning bodies, etc. Maybe we’re too eager to believe, too hungry for a good fight that we wind up falling for the simplest of cons. Maybe the only way to fix things is to find a way to suppress our appetite.

You can email Paul at paulmagno@theboxingtribune.com or watch as he antagonizes boxing nerds and fake mean bloggers all over the boxing cyberworld. Paul is a full member of the Burger King Kids’ Club, a born iconoclast, and an ordained minister in the Universal Life Church.