Perplexing is too tame of a word to describe the decision rendered by the three judges presiding over the Pacquiao-Bradley bout at the MGM Grand Saturday night. 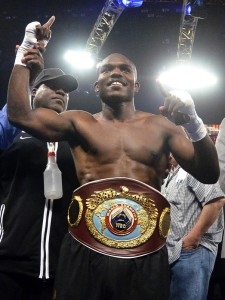 With Duane Ford and C.J. Ross scoring the bout 115-113 for Bradley and Jerry Roth ruling it 115-113 for Pacquiao, the judging trio contributed to, perhaps, the worst judging travesty in recent memory.

From the first flurry of action to the final bell, Pacquiao (54-4-2, 38 KOs) seemed to dominate the bout as he set the pace, scored the bigger punches, and made many doubt whether Bradley really belonged in a main stage, elite-level pay-per-view bout.

This wasn’t just an apparent win for Pacquiao, it was a one-sided victory.

Bradley (29-0, 12 KOs), as expected, was tough throughout the contest and was not shy about engaging. However, it became clear early on that he was not strong enough to hurt Pacquiao nor was he sharp enough to stop Pacquiao from executing offense.

Pacquiao landed his left hand, almost at will, and forced Bradley to perpetually fight from behind. The Palm Springs native only had a few moments in the fight that seemed to go his way, but those were few and far between and, in this writer’s opinion, only enough to carry two rounds at the end of twelve.

So, now, a rematch seems to be a done deal. A rematch would only be proper if the bout was competitive or, even, entertaining in the least. Frankly, a rematch of a one-sided robbery is not good for anyone’s bottom line and it’s not good for the fans.

If there was ever a bout that needed to be overturned, it’s this one.

On the undercard, a promising Jorge Arce-Jesus Rojas battle ended with an unsatisfying second round no contest after Rojas (18-1-1, 13 KOs) landed a series of illegal punches that left Arce unable to continue.

In the first round, Arce (60-6-2, 46 KOs) scored a knockdown with a sharp left hook. After that, Rojas woke up and took the fight to Arce, winning much of the rest of the round. Early on in the second, though, a low blow-kidney punch-shot to the ear combination dropped Arce and rendered him unable to continue.

After nine and a half rounds of tepid sparring, Randall Bailey woke up the crowd with a straight right hand at the end of the tenth round that sent Jones to the canvas. Jones beat the count and didn’t look hurt, but his knockdown did remind everyone that Bailey has legitimate one punch power.

In the following round, that power was confirmed as Bailey landed a picture-perfect uppercut that sent Jones to the canvas again, but this time put him in much worse shape and unable to beat the count.

Surprising nobody, WBA junior featherweight champ and former two-time Olympic gold medalist, Rigondeaux, was just way too much for Kennedy and landed just about every variation of left handed punch, pretty much whenever and wherever he wanted. Kennedy was down once in the first round, twice in the second,
once in the fourth and, finally, one last time in the fifth before the ref decided that enough was enough.

This was Rigondeaux’s first defense of the title he took from Rico Ramos in January.