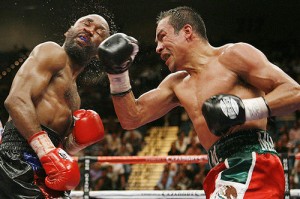 Marquez, who won the vacant interim title in a bout with Serhiy Fedchenko last April, is scheduled to face Filipino southpaw, Al Sabaupan (19-1-1, 14 KOs) on July 21st at a Mexican venue to be named later.