According to a reliable source Brandon Rios and Mike Alvarado will fight in October at the Junior Welterweight limit. The source cites that according to Alvarado’s manager the fight is very close to being signed. 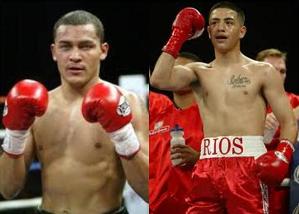 The fight should be nothing less than total war as both fighters have shown a tendency to exchange on the inside.

Rios needs to win this fight as well as make weight if he wants to regain the credibility he has lost at the scale. Alvarado on the other hand needs to impress if he wants to fight for a world title.

Both fighters have a lot at stake in this must win fight. As a result, the boxing fans will likely witness a savage fight for however long it lasts.