According to sources who contacted The Boxing Tribune, the rumored Floyd Mayweather vs. Robert Guerrero bout is no longer a rumor. 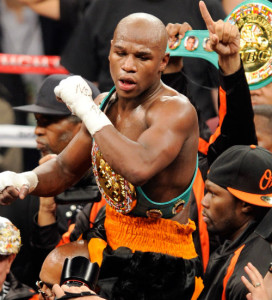 Set for May 4 at the MGM Grand in Las Vegas, this will be Mayweather’s first bout at welterweight since September of 2011, when he stopped Victor Ortiz in four rounds with what many believe to be an unsportsmanlike punch on Ortiz who was apologizing for what appeared to be an intentional headbutt.