Las Vegas became LAS VEGAS because it offered a nation of vice-loving gamblers and whore mongers a chance to get out of the shadows and do their thing out in the open.

Vegas promised a glitzy, safe background for all their vice needs and, above all else, it provided legal protection to those who liked to live on the fringes of polite society. Of course, all of that has changed, and the Las Vegas of the 21st century is just slightly edgier than Disneyland or Knott’s Berry Farm. 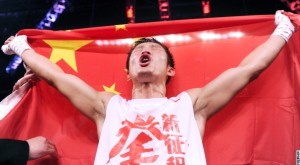 But there are still places in the world where vice is king and the players play.  Macau, China’s personal off-shore gambling resort, just happens to be the biggest and the baddest vice capital in the world. While other zones may offer, pound for pound, a bigger depraved bang for the buck, nothing outdoes Macau for sheer size. Backed by the economic might of the Chinese and the know-how of veteran Western vice peddlers, the “Sin City of the Far East” has become the number one gaming center in the world, specializing in everything hardcore gambling tends to attract.

Aside from its place atop the totem pole of vice, Macau is also one of the world’s greatest tax havens and largest free ports, thriving as an economic hotspot because of its unregulated “pay as you play” attitude when it comes to finance. With virtually no regulation and little taxation, business transactions in Macau are untraceable by anyone other than those involved. This makes Macau a magnet for wealthy investors looking for tax protection as well as shady characters looking to keep their business dealings away from prying eyes.

With this in mind, we introduce the sport of boxing– a sport already chin-deep in graft and varying shades of ethical gray, even in the comparatively regulation-obsessed West.

So much of the sport of boxing already exists in the shadows, buried deep in the management model its power brokers have created to circumvent any sort of reasonable government regulation. The last thing the sport needs is a Dead Zone where even the pretense of regulation is completely absent.

But with Saturday’s “Fists of Gold” card at The Venetian Resort in Macau, the offshore mecca of vice is officially in the boxing business. And, thanks to Bob Arum, it may have its first two house fighters in China’s mega-amateur star, Zou Shiming and, likely, Manny Pacquiao.

It was a no-brainer that, as soon as the Asian gambling centers seriously called on the sport, there would be plenty of boxing carpetbaggers willing to answer the call. These places, and especially Macau, represent a hustler’s paradise. No regulation. No taxes. No do-good types standing between you and whatever you feel like doing. Cash in, cash out, and you’re back on the plane home. Everything untouchable, everything untraceable.

The only question was whether the big-drawing Western fighters could be pulled away from their convenient bases of operation to compete half a world away.

The answer to that question turned out to be a lot simpler than anticipated and it only requires a two-word response– Manny Pacquiao.

An increased tax burden in the state of Nevada is the publicly-given reason behind the Filipino icon’s decision to pick up and take his fights to Asia. A less-publicized reason may be that Manny is 0-2 in his last two bouts and sees his career coming to an end at some point in the near future. A move to the boxing-hungry Asian market would allow him to do as he pleases in terms of matchmaking and pretty much call all of his own shots. The decision could, literally, add years to his career. And if Manny loses a good chunk of his American market share, so be it. He will be taking home the same amount of money, if not more, as a Macau house fighter.

Like Elvis being brought to Vegas to sing his greatest hits to tourists while growing fat and jaded, expect something similar from Pacquiao, as opponents are hustled in and hustled out so that Manny can entertain the casino high rollers. The beauty of the deal is that he’ll be able to fight almost anybody and under any conditions. Who’s going to do something about it?

In the real world, the market will eventually punish fighters who make a habit out of charging big bucks for crappy fights. In the new Asian boxing market, there are literally billions of possible new fans who have never been exposed to the sport. Outside of Japan and a few other population pockets here and there, most of the current Asian fan base doesn’t yet really know enough to be sophisticated, discerning consumers. They want Pacquiao and they want boxing. Selling to them is relatively easy.

And while talent being drawn away from the American scene can only hurt the sport’s domestic bottom line….so what? 300 million Chinese watched a card featuring lighter-weight fighters and headlined by an Olympic hero making his pro debut. The money will be there to make everyone extremely happy about leaving America behind.

While some have been touting Saturday’s card as the beginning of a brand new and glorious era of globalized prizefighting, this is actually boxing moving away from the light. Chaos calls, money draws. And I can’t help but get a sick feeling about what possibly lies ahead.