After a completely satisfying Saturday of boxing (and a James Toney vs. Lucas Browne Sunday I’d like to forget), business turns to business and that means it’s time to talk Mayweather.

For the longest time, I’ve been regarded by many as a Mayweather “Sympathizer” and some have flat-out labeled me as a Money Team pretender.

I would suggest that the real “Money Team” in boxing writing is on the West Coast and manages to live a jet-setting, swinging single lifestyle on a paltry boxing scribe’s pay issued from a failing site. There’s nothing suspicious going on there, right? Nah… 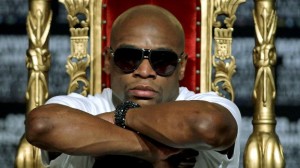 When I first got into the boxing writing biz, the jackals were on the hunt and it was open season on Mayweather and his hard-earned legacy. No man is above criticism and there was plenty with Mayweather that could be reasonably picked apart., but the stuff being dumped on him was not only unfair, but completely lacking in any basis in reality.

Not only was Mayweather being accused of ducking guys who he never could’ve reasonably fought, but he was getting the full blunt of the blow-back when other promoters actively steered their guys away from him. Speaking reasonably and thinking critically was never the strong suit of this modern crop of “journalists,” so it was just so much easier to go with the flow and read the cue cards provided by Mayweather’s jealous-minded ex-promoter, Bob Arum.

Yeah, he was chicken. Yeah, he ducked so and so.

Mayweather wasn’t really talking to the media and his advisor Al Haymon wasn’t going out of his way to hard-peddle access for good press, so burying the guy was easy to do .

And they did it. With extreme prejudice. Just like the small, bitter, dim-witted errand boys that they really are.

Team Pacquiao walks away from arbitration over drug testing? It’s Mayweather’s fault for asking for it in the first place. Fast forward three years and these dopes are now falling all over themselves to praise fighters who enter into voluntary PEDS testing.

Accused of ducking Carlos Baldomir and Ricky Hatton? He fights them and they instantly become unworthy bums. Accused of ducking Mosley and Cotto? The timing’s all wrong. He should’ve fought them earlier when it wasn’t actually possible to fight them.

Mayweather always talks about being in a lose-lose situation when it comes to his professional life. He’s right.  And as a person interested in fair play and actual honesty, I certainly felt somewhat protective of the guy– even when his outside-the-ring stupidity made it hard to do so.

But the truth is the truth and reality is reality.

The REAL truth, though, is tough to swallow.

The real truth is that Mayweather became such a target because he’s really the first fighter to assume full control over his own business from top to bottom. He’s the first fighter to buck the plantation owner-slave relationship upon which boxing’s entire business structure is based. Having Mayweather exist is a very dangerous thing for the status quo and a real shake up for the money guys who play with fighters’ livelihoods like expendable pieces on a chess board.

Arum may have hated Mayweather for leaving him, but below the surface he hated the idea of a Floyd Mayweather existing and thriving without signing over half his soul to the company.

Whereas co-boxing cash cow Manny Pacquiao was a good boy and acted the part of the sweet little pet, Mayweather insisted on doing his own thing and flaunting his own independence. Therefore, Pacquiao was a beloved sweetheart of a man while Mayweather was a greedy, deceitful, and cowardly cad who had no respect for the sport.

It was in the best interest of the sport’s power brokers to bury the man. And the media was more than compliant in this because Team Mayweather was not doing a damn thing for them. No egos were being stroked, no favors being dealt out. The boxing media’s closest proximity to fairness is jilted rage and they were more than willing to let their anger fly– even letting loose some attacks that revealed, perhaps, a racial component to the Mayweather pile-on, such as when the managing editor of one prominent boxing site directly referred to Mayweather as “uppity” in one of his pieces.

But time heals all wounds or, at the very least, buries them back far enough to be ignored.

Mayweather is still at the top and has outlasted Manny Pacquiao as a main stage, elite presence. The media, for the most part, has gone back into their shell.  The fans have come to terms with the fact that Mayweather can only fight guys with promoters willing to come to the table. Even guys like Arum begrudgingly give way now and accept that Mayweather is Mayweather.

Like it or not, “Money” makes this boxing world go ’round.