I don’t often agree with Saudi ultra-orthodox clerics, but Abdul Latif Abdul Aziz al-Sheikh may be right, Twitter just may damn a user’s soul in “this world and his afterlife.”

I know, The Boxing Tribune has a Twitter account. Apparently, such things are necessary in this media age. Marketing. Synergy. Branding. SEO. Blah, Blah, Blah. Most of the time, our Twitter thingy is on auto-pilot, posting the latest articles from our site. I only pay attention to Twitter when something is pointed out to me or when I occasionally log on to answer those who have left direct messages or have replied to Tweets. 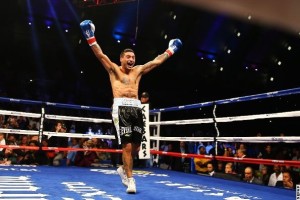 For me, Twitter is more frustrating than useful; more disappointing than enlightening. Whether it’s the twitch in my gizzard I get from seeing a particular ex-member of The Boxing Tribune staff, who tasted ringside seating and now nauseatingly lathers the sack of any apparent big shot who will answer him or the SF-style bath house man love that goes on among the brotherhood of boxing scribes on Twitter, I have no use for the bluebird of misery.

Part of what I hate most, though, is Twitter’s power to completely fuck up a proper narrative and permanently cloud public discourse. In the past it would take weeks for the idiots and agenda-riders to fuck things up. These days, their access is immediate and the truth never really stands a fighting chance.

Lucas Matthysse is a very powerful puncher. Random testing should have been conducted. It would have helped reduce PED speculation

Of course, only Conte was actually doing the speculating. And by tossing this turd into the punch bowl he may have cast a shadow on an otherwise innocent man. For those dumb enough or naive enough to overlook that Conte’s “walk with the angels” in the area of PEDs reform may be a self-serving con, this created the noose upon which fans and media can someday lynch a man whose only apparent crime was looking too strong at the wrong time in history.  I mean, it’s not like Conte has spent his entire life hustling dupes for his own financial benefit, right?

Golden Boy CEO, Richard Shaefer is wrong about a lot of things, but he was absolutely right when he said the following:

As long as PEDs reform remains a Twitter debate and a “pick and choose,” voluntary proposition among fighters, there is no movement forward. Like most reform talk in boxing, there’s some muckraking in the media, some shuffling of papers among promoters, and then absolute nothingness. Without a real governing body to handle the issue, there is no issue.  Cheaters will cheat and hustlers will hustle.

The promoters can’t be responsible for arranging for fair testing protocol. The fighters can’t be in charge. The current state commissions refuse to handle it. And it sure as hell shouldn’t be entrusted to the boxing media and the little, snarky ambulance chasing yellow journalists who get a tickle in their prostate whenever Victor Conte tweets about PEDS.

While chaos rules supreme in the sport and the media adds to the misinformation, Twitter will continue to be the tool of choice for dim-witted fake news and agenda-driven propaganda. The creeps just need to be cautiously vague enough to not get sued, but shrewd enough to get the hit job done.

You can email Paul at paulmagno@theboxingtribune.com or watch as he gains magical powers from your hate mail. Paul is a full member of the Burger King Kids’ Club, a born iconoclast, and an ordained minister in the Universal Life Church.