Showtime and HBO are set to do battle for viewers again this Saturday, December 7, when they televise four quality fights. The Main event will be the 12-round welterweight bout between Brooklynites Zab “Super” Judah (42-8, 29 KOs) and Paulie “Magic Man” Malignaggi (32-5, 7 KOs). Devon “The Great” Alexander’s (25-1, 14 KOs) IBF welterweight title defense against “Showtime” Shawn Porter (22-0-1, 14 KOs) will be the co-feature. The undercard bouts will be contested for two title belts, with Sakio Bika’s (32-5-2, 21 KOs) WBC super middleweight title on the line against undefeated Anthony Dirrell (26-0, 22 KOs) in the opening fight. Junior Middleweights Erislandy Lara (18-1-2, 12 KOs) and Austin “No Doubt” Trout (26-1, 14 KOs) take the stage afterwards, with a vacant “World” WBA junior middleweight title on the line. Showtime will televise all four fights live from the Barclay’s Center in Brooklyn, New York, beginning at 8 PM ET/ PM PT. 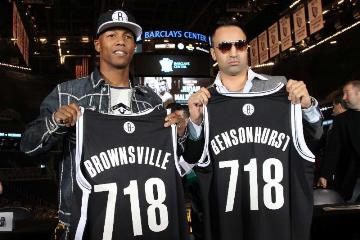 Both Malignaggi and Judah are Brooklyn born and raised, and while no real title belt is on the line, both men are battling to stay relevant in a division slowly leaving them behind. Malignaggi, a two-time, two-division beltholder recently lost his WBA welterweight title, which proved to be a key component in keeping Malignaggi on the lips of boxing’s bright young stars. Like Malignaggi, Judah is a former junior welterweight and welterweight champion. Of the many losses on his ledger, all came at the hands of fighters at or near their respective peaks. Despite the many losses and his inconsistency, Judah has remained a popular fighter with the ability to reinvent himself many times over. And despite losses in both of their last fights, both men turned in good performances. Judah came on strong late against undefeated Danny Garcia, and Malignaggi did much better than expected against undefeated Adrien Broner. But both men have had their fair share of career revivals, and at 33 (Malignaggi) and 36 (Judah), there might not be many left.

Malignaggi is technically the superior boxer of the two. He’s fast enough and slick enough, but at 33 years of age he’s lost a step and gets hit more often than in the past. Rhythmically he’s often smooth enough to be moving away when he’s hit, and he’s shown good durability throughout his career. The big knock on Malignaggi is his lack of power, which has been the main damper on what could have been a more stellar career. Without serious power, Malignaggi struggles to keep opponents honest and has to rely heavily on his defense, movement, and budgeting his work rate.

Zab Judah once possessed some of the fastest hands in the sport. And while he’s not as fast as he once was, Judah still possesses very fast hands at 36 years of age. Judah, a southpaw, is clever enough to throw his left hand as a lead punch, and still quick enough to land it. His left uppercut, a once-formidable and timely weapon, has been overused and has become a punch that you can see coming from a mile away at this point. Go back to Judah’s knockout loss to Kostya Tszyu in 2001, and you’ll see an uppercut thrown from inside at the perfect distance. Fast forward to Judah’s 2010 victories over Ubaldo Hernandez and Jose Armando Santa Cruz, and you’ll see an uppercut thrown from too far out, making it easy to catch/slip and counter. Another nick in the negative category is Judah’s inconsistency and lack of mental fortitude. He’s known for turning in lackluster performances, such as his loss to Baldomir, and folding under pressure, as seen against Cotto, Clottey, and Khan.

If Malignagi is smart (and he is) he’ll be looking to win the battle of lead foot position and circle to his left, away from Judah’s left hand, all night. Malignaggi is prone to throwing one and two jabs while keeping his right hand glued to his cheek. He’ll need to let it go more often if he’s successful in making Judah miss. Judah, not known for his right hand, will need to throw the right hook off his jab in hopes of catching Malignaggi before he gets to safer grounds. Judah will also need to work to keep Malignaggi trapped against the ropes and in corners when he gets him there.

While Malignaggi is the smarter and more consistent fighter, his lack of power and slowly fading athleticism make him ripe for the picking for Judah. And while the fight will likely be close, Judah will land the cleaner, more effective blows and walk away with a close split decision win.

Both Alexander and Porter come into Saturday night’s IBF welterweight title fight without a great deal of momentum. Alexander did what was expected of him in dispatching of late replacement opponent Lee Purdy in May. Purdy came on in relief of the oft-injured Kell Brook, who twice pulled out of the fight with injuries. The win over Purdy came seven months after Alexander lulled the crowd at the Barclay’s Center to sleep while playing it safe against dangerous puncher Randall Bailey in his title-winning effort. Porter, on the other hand, comes in undefeated, but having recently struggled to deal with a faded Julio Diaz in a fight many felt Porter should have lost. Porter snuck in a win over the outclassed Phil Lo Greco in between the split draw with Diaz and a clean win over him in September.

Neither man has exceptional power. Alexander is the better boxer, while Porter is the more active and physical of the two. Alexander has shown a lack of willingness and knowledge of how to fight on the inside, and it is up to Porter to work around Alexander’s jabs and flashy combination punching to get inside and punish him. The problem with Porter is poor footwork and not sitting on his punches. Alexander will have to use plenty of the ring and keep his back off the ropes, where Porter will have the advantage.

Alexander is the far more experienced fighter between the two. He’s been fighting on the elite level since 2009, when he beat Junior Witter for the vacant WBC junior welterweight title. And while Alexander looked great against Juan Urango and Andriy Kotelnik, he put in a poor showing against Timothy Bradley in 2010. He went on to survive and win against dangerous punchers Lucas Matthysse, Marcos Maidana, and Randall Bailey, and his experience should carry him to victory on Saturday night.

In the second fight of the night, the WBA yet again makes a mockery of the relevance of its championship belts when contender Erislandy Lara takes on former world titlist Austin Trout for the vacant WBA World junior middleweight title, just a few months after “Super” and former “World” WBA titlists Floyd Mayweather Jr. and Saul “Canelo” Alvarez (Alvarez also held the WBC title) faced off to unify the title.

Lara, the slick Cuban southpaw, is just six months removed from a bizarre stoppage win over Alfredo Angulo. This will be Lara’s first bona fide world title shot. He’s fought twice in WBC title eliminators, but never saw a title shot as a result. Prior to his stoppage win over Angulo, Lara fought to draws with Carlos Molina and Vanes Martirosyan. His wins over fringe contenders Freddie Hernandez and Ronald Hearns were dwarfed by a bogus loss – a fight many saw Lara as the victor – to Paul Williams in 2011.

Trout comes in looking to right the ship after a year of ups and downs. One year ago, Trout beat Miguel Cotto, winning comfortably over twelve rounds. The win over Cotto was the fourth consecutive WBA junior middleweight title defense for Trout, since winning the vacant title over Rigoberto Alvarez in 2011. Trout went on to a unification bout with then-WBC junior middleweight champion, Saul “Canelo” Alvarez. Trout lost a decision in a fight that most anyone not named Stanley Christodoulou (one of the three ringside judges) saw as a closely contested.

The opening bout of the night will be WBC super middleweight belt holder Sakio Bika’s first title defense against Anthony Dirrell. Bika, the former “Contender” reality series winner, won the vacant title after it was taken from Andre Ward. Untested and undefeated Marco Antonio Periban was ranked as the second-best contender for Ward’s vacant title, and put up a good fight in a losing effort.

Dirrell is the younger and more active brother of 2004 Olympic Bronze Medalist Andre Dirrell. He has battled back from Non-Hodgkins Lymphoma, which caused him to miss all of 2007 and most of 2008, and a serious motorcycle accident which took him out for all of 2012. Dirrell’s resume is paper thin, with wins over fringe contenders Renan St. Juste and Anthony Hanshaw as the standout wins of his career.